A simple tutorial on making buttons work with Pinoccio, in about 2 minutes!

A simple tutorial on making buttons work with Pinoccio, in about 2 minutes! 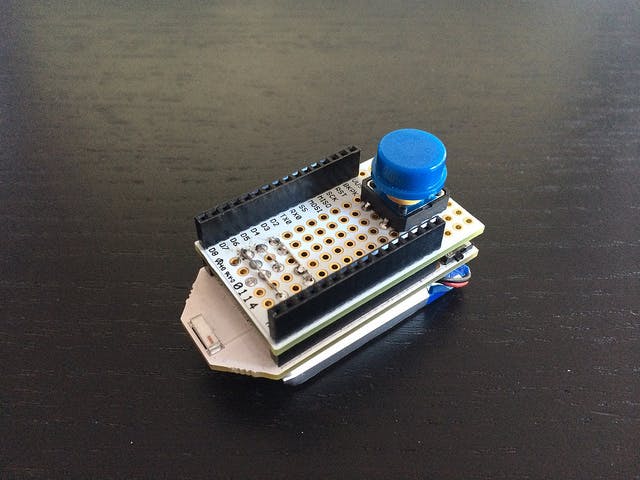 - Other pin of the button to pin GND

Now we get the ScoutScript code set up!

D7 is the pin our button is connected to?  Just enter the following code in the IDE Serial Monitor, or in the HQ console:

Now not only is this pin set to input with pull-up enabled, but it will automatically configure this pin on every power up!  Very nice!

Let's check that the button works

Let's turn on verbose event handling, so we can see the pin change events happen in real-time whenever we press the button.  Run this in the IDE serial monitor or in the HQ console.

You'll notice that the second argument in the event handler will change from 0 to 1.  It goes to 0 when the button is pressed and back to 1 when released. Cool!

Now let's make things happen when the button is pressed

Great, so event handling is working, our button triggers on both press and release.  But what about actually doing something when the button is pressed?  That's where event handlers come in.

Every time a digital pin goes from high to low, or from low to high, a ScoutScript command will run--if it is defined.

Define both of those commands by entering them into the serial monitor, just as you see here.

LED driven from a button!

Now press the button, and the LED will turn red.  Release it and it turns off.
You can do anything in this event handler command--read a sensor, send a mesh message, or go to sleep.  Anything you want to do!